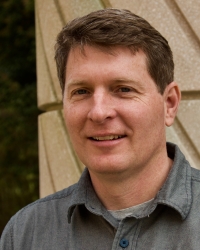 Eric Agol studies extrasolar planets, binary stars, and gravitational lensing. He uses analytic computations, numerical simulations, and observations to discover and characterize these objects. With collaborators, he was the first to propose that radio observations could be used to image the shadow of the event horizon of a black hole and the first to create an infrared longitudinal map of an extrasolar planet. He has written computer code used to characterize over 2000 transiting extrasolar planets, and he has proposed a novel technique for finding planets as small in mass as the Earth.

Eric started his career as a PhD student in modeling accretion disks for supermassive black holes, advised by Omer Blaes at UCSB.  He applied the technique of gravitational microlensing to probing models of quasars.   His first postdoc with Julian Krolik at Johns Hopkins University focused on black hole accretion as well.  With Heino Falcke and Fulvio Melia, he proposed that the ‘shadow’ of the supermassive black hole at the Galactic Center, Sgr A*, could be directly imaged with high-frequency VLBI, which has led to the Event Horizon Telescope project.  His second postdoc was a Chandra Fellowship at Caltech (Roger Blandford, advisor).  He worked on lensing and accretion by isolated black holes, and then turned to unifying microlensing and eclipses.  This led to computation of transit light curves for planets, and the invention of transit timing variations (TTVs) as a means to detect planets.  As a faculty member at the University of Washington, he continued his studies of accretion, but expanded his observational and theoretical studies of extrasolar planets.  He has worked with data from the Palomar, Keck, Apache Point Observatory, and SDSS telescopes.  He has used data taken with the Hubble Space Telescope, the Spitzer Space Telescope and the Kepler Spacecraft.

Eric Agol has been a professor at the University of Washington since 2003.  He resides in the Seattle area with his wife and kids, and in his spare time plays basketball, solves crossword puzzles, and bicycles.