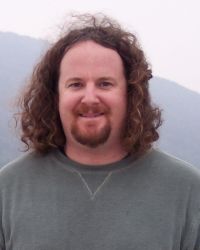 Rory Barnes is a theorist in the Virtual Planetary Laboratory primarily interested in the formation and evolution of habitable planets. He focuses on planets in and around the “habitable zones” of low-mass stars, showing how their composition, orbital oscillations, and tidal processes affect our concept of planetary habitability. He has also worked extensively on the orbital evolution of giant exoplanets, demonstrating that most multiple planets systems appear packed, meaning no more can exist between those that are known. He is the editor of the book “Formation and Evolution of Exoplanets” (Wiley-VCH). Rory is also a member of the Astrobiology Program, the SDSS-III MARVELS collaboration, the APOSTLE survey of transiting exoplanets, and the N-Body Shop.