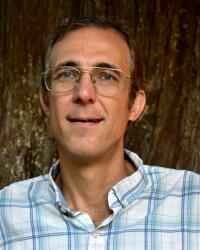 I am interested in asteroids, Kuiper Belt objects, variable stars, and lots of other things. Asteroids are amazing: e.g. asteroid collisional families, the Kirkwood Gaps, Yarkovsky drift, the spin barrier, YORP fission, and the poorly-known populations hiding in regions of parameter space where major surveys are mostly blind. The Kuiper Belt is a barely-explored frontier with many surprises in store. Variable stars are a wildly diverse population that elucidates stellar physics and gives rise to a rich variety of exotic phenomena, from the enormous outbursts of eta Car and the LBVs to the radiative levitation of heavy elements in the alpha-2 CVn stars and the mysterious O’Connell effect in eclipsing binaries.

‘Aren’ is my legal first name, but I normally go by ‘Ari’. Besides scientific endeavors, I like building and using unusual devices (a ride-in binocular telescope and a deep-sea camera housing made from a sawn-in-half scuba tank were two examples); creative writing (see my website); photography; hiking; and other outdoor adventures. My wife Jane and our five children (ages 7 to 17 as of 2021) have been involved in many of the adventures and construction projects. We’ve recently bought a 4.5 acre property in Orting with more scope to build (and plant) interesting things than we’ve had in the past.