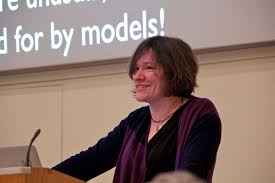 Greetings from Seattle, where it seems that Spring may finally have decided to arrive. As we emerge from beneath our waterproof layers, those of us at UW Astronomy have much to celebrate.  Not only are we finally getting some much-needed vitamin D during the day, but at night we can enjoy the start of the new observing season at the Theodor Jacobsen Observatory. Our wonderful team of undergraduate presenters, trained and shepherded by Prof. Ana Larson, help staff open houses on the 1st and 3rd Wednesdays of the spring and summer months, along with partners from the Seattle Astronomical Society.

Spring also finds us celebrating many notable achievements by our faculty. Prof. Jessica Werk (featured in our last newsletter) was awarded a Sloan Foundation Fellowship for early career faculty.  She joins Prof. Emily Levesque and Prof. Matt McQuinn in this honor, making it the third straight year that one of our assistant professors has won this prestigious award! Among the senior faculty, Prof. Andy Connolly was appointed to the Johns Hopkins University Society of Scholars, I was awarded the Beatrice Tinsley Prize of the American Astronomical Society, and Prof. Victoria Meadows was just announced as the winner of the Drake Award from the SETI Institute for her work in astrobiology. It is a true pleasure to see our faculty being recognized for their scientific contributions, much of which came in partnership with UW students.

Within the department, we are gearing up to celebrate and honor our students.  For many years we have been fortunate to offer the Baer prizes for undergraduate excellence in research and in service, funded by a generous gift to the department.  This year, we are starting similar awards for graduate students, funded by the new Hodge and Wallerstein funds that so many of you contributed to over the past 2 years. As always, we are tremendously grateful for our alumni and friends, and their help in supporting our students!

With much to celebrate, and even more to look forward to, I wish you all the best for the coming summer. 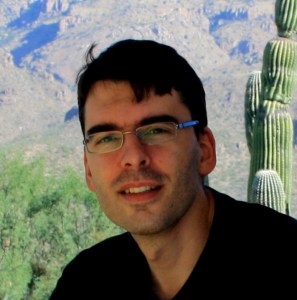 We would like to introduce you to Professor Mario Juric. Professor Juric has been a part of the Astronomy Department since 2014. He recently became a proud father of his now 3-month old daughter, Mila. Professor Juric has managed to be a devoted father, and dedicated member of the department. He is currently one of the hosts for Astronomy Colloquium, and he’s teaching Astronomy 497 this quarter.

This quarter his research has been focused on the Zwicky Transient Facility (ZTF) science. ZTF began operations in late March and is producing hundreds of thousands of new time-variable object measurements every night. These measurements are flowing into UW as an “alert stream” and they’re setting up the software to capture, store, and analyze it. Having all the data in a local database here at UW will let them do early time-series science with ZTF, as well as some research in data management techniques. Professor Juric states that, “Right now I’m especially looking forward to applying this data set to learn more about asteroids and comets in the Solar System, but I’m always on the lookout for unexpected discoveries that arise with large and novel datasets such as this one. I’m very excited finding better ways to discover asteroids.”

Joachim Moeyens, a graduate student in his group, has been working on this problem. He has recently shown a proof-of-concept implementation of a novel algorithm that can discover asteroids with only a few observations spread across a few weeks (present techniques all require at least two observations each night). If they can show this technique is computationally feasible, and can handle various corner cases, it would increase how much the sky a large survey (such as LSST) could cover in a night by as much as a factor of two! The ZTF group is definitely a group to keep an eye on. 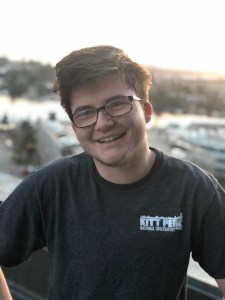 This quarter we are honored to give kudos to Locke Patton. Locke will be heading to Harvard Center for Astrophysics this fall, under a Pierce Fellowship. He has been studying supernova remnant environments with Professor Emily Levesque. They have been building metallicity, extinction, and star formation maps of supernovae-rich galaxies like the Fireworks Galaxy. In January he presented this research at the American Astronomical Society Winter Meeting under an AAS Travel grant in Washington DC. He is also in the process of publishing a paper for these results.

“As part of a future transientZoo public outreach project with Prof. Levesque, I have been sonifying supernovae light curves. Eventually, public volunteers will classify supernovae by listening to the dying wails of massive stars.”

It has been a great pleasure to see one of our students become a mentor, a leader, and an overall light in our department.  Locke has participated in many of our outreach programs including: Astronomy on Tap, giving public talks at the Theodor Jacobsen Observatory, participating in the League of Astronomers as a Science Officer, and volunteering for our Planetarium shows. He has also won two Mary Gates Research Scholarships, and a BAER prize.

Locke grew up on a dairy farm and nature preserve in Portland. He loves to get lost in old bookstores, and get involved in public outreach. Locke is even an undergraduate representative for the department and the UW graduation video. We are happy to share in his achievements, and we look forward to seeing what he will accomplish in the future.

“Locke always has a lot of energy and excitement for the research he does. By bringing that same energy and excitement to the table when we’re discussing projects he doesn’t work on in our group meetings, he’s incredibly supportive of the other research going on within the department. It’s been an absolute delight and pleasure to be in the massive star group with him and I can’t wait to see what he works on in graduate school.” – Dr. Jamie Lomax 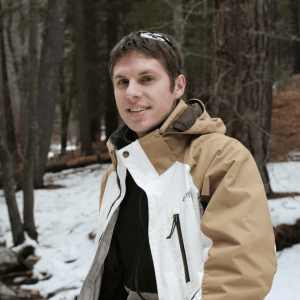 This quarter we’d like to share research conducted by Andrew Lincowski. Andrew’s research focuses on predicting observational discriminants of alien atmospheres that may exist on terrestrial-sized planets in and around the habitable zones of M dwarf stars, which may be observed in the near future by the James Webb Space Telescope (JWST). To model the observational discriminants, Andrew continues development of the Virtual Planetary Laboratory’s new 1D line-by-line, multi-stream, multi-scattering radiative-convective climate model coupled to a photochemical-kinetics model. He uses this model to generate self-consistent temperature structures and mixing ratio profiles, which are used to simulate high-resolution spectra. These spectra can be used as inputs for instrument and noise models to assess the required capabilities and observing modes for future telescopes to discriminate between the modeled planetary states. A primary focus of this work is the recently discovered seven-planet TRAPPIST-1 system, which is already scheduled to be observed by JWST.

Andrew has had a highly successful year of scientific productivity, and team and community support.  After winning a fiercely competitive NASA Earth and Space Science Fellowship, giving a talk at an international meeting on exoplanet habitability, and passing his research Qual last Autumn,  Andrew has gone on to submit the first first-author paper of his degree on modeling the environments and spectra of the TRAPPIST-1 exoplanetary system. Andrew also supervises pre-MAP students, and helps undergraduate students with their scientific research. Outside of being a large contributor to the VPL team here at UW, Andrew finds time for running, hiking, and restoring his 1968 Ford Mustang. This makes us a little envious of him. We are excited to see where his research and Ford Mustang will take him.

“Andrew also broadened the impact of his expertise to the exoplanet and astrobiology communities at large, by supporting the writing of community white papers submitted to the National Academies Committees on Exoplanets and Astrobiology.  Andrew’s newly-developed planetary climate model enables simulation of a range of terrestrial planet environments and their spectra, and his research informs observing proposals for NASA’s JWST and the development of future large-aperture direct-imaging telescopes.” – Dr. Victoria Meadows 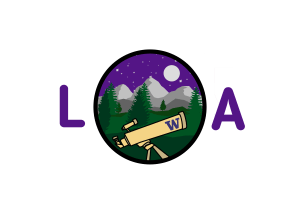 The League of Astronomers has been involved with the Theodor Jacobsen Observatory, the second-oldest building on campus, since the club was founded. The League participates by engaging the public through giving talks, science demos, and answering any and all questions about the universe we live in. This year, long-time director of the observatory, Dr. Ana Larson, is unfortunately retiring. However, the club is working hard to fill her role and keep TJO the fantastic place it has always been. We’re working hard to create new and interesting activities for the public to keep them engaged and interested in science and astronomy.

The TJO hosts Evening Public Talks every 1st and 3rd Wednesday of the month from April to September. Find out more about the observatory and its events.

May 15 – 9:00 pm: Tom Hemphill, “Life in the Solar System Beyond Earth: Past? Present? Future?”  Tom is majoring in astronomy and physics. The UW Astronomy Department is a leader in a relatively new field called astrobiology. Tom’s talk will introduce us to part of what an astrobiologist is interest in: The possibility of microbial life in  the solar system. Where would we look for the best possibilities of finding it? How will we look? What planets or moons have evidence for favorable conditions for microbial life? Towards the very end of the evening, we might get a look at Jupiter’s moon, Europa, a prime candidate for harboring microbial life.

May 15 – 9:30 pm: Sam Reissmann, “The Lives and Deaths of Stars.”  Sam is majoring in aeronautics and astronautics; fortunately, one of our introductory astronomy courses got him interested in stars. Sam plans on covering the life cycles of both low-mass and high-mass stars, starting with star forming regions and the beginning of fusion. He will explain the process of fusion and how a star’s initial mass relates to how much “fuel” it has and how long it will live.  Stars like our Sun will expel the outer parts of their atmospheres as they die.  However, high-mass stars fuse more massive elements that results in spectacular deaths.

On July 31, 2018 Mars will be a mere 35.8 million miles from Earth. When the Earth moves between Mars and the sun, Mars will outshine Jupiter by 1.8 times. Because of this Mars will appear very bright. This will be the closest Mars has come to Earth since 2003 when the red planet was only 34.6 million miles away. Something interesting to note is that radio signals will take only about 3 minutes to reach Mars. Mars will not be this close to Earth again until 2035. Don’t forget to grab your telescope and head outdoors.